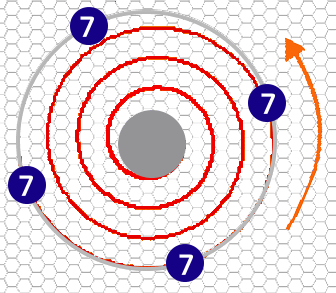 Not this time... If you have a regulatory circular orbit. The object in orbit is constantly slowing down.
One reason might be (for instance) planets like the Earth are passing through their Sun's solar wind. There are also other fields. And being constantly tugged on from gravity will also slow things down. This is the "Net Force" that is slowing things down.
The rotation time of the Earth is also slowing down.
This means things slow down.

So, If a Planet in a circular orbit is constantly slowing down... it's orbit will decay and it will spiral down into whatever it was orbiting, for an Earth like planet this would be the sun. 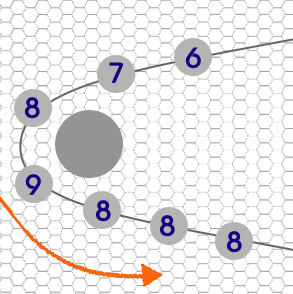 The Gravitational Slingshot.
You can use a Planets gravity to increase the speed and momentum of for instance a Voyager 2 Spacecraft or anything else for that matter.
Just do a fly-by and the kinetic energy picked up on approach is not totally lost when receding from the planet.
If you initially approached a planet with a speed of 6 kilometers per second, the planets gravitational pull might increase your speed to 7, 8 then 9 kps. But as you leave the orbit the increase in speed is not totally decreased and you might be able to leave with a constant speed of 8 kps. This means gravity "works" better on approaching objects. 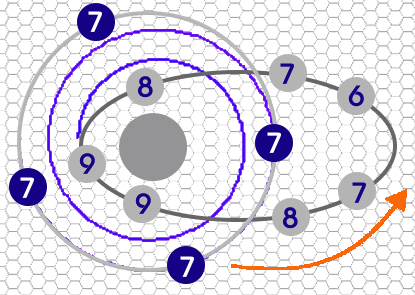 Or, maybe if we have a decaying circular orbit, it doesn't spiral down into the Sun.
As the planet is drawn in, it might just have the correct trajectory and speed increase (caused by slingshot effect) to decay into an elliptical orbit.
The reason being this time there isn't enough initial or gained speed to break free from the gravitational force of the sun so it can maintain an elliptical orbit.

And even though the planet is constantly moving through solar wind etc. and being slowed down.
There is the "Elliptical orbit engine" at work that constantly inputs energy into the system.
The Planet picks up more speed on approach than it loses as it recedes so there is a net gain on every orbit and it can maintain a state of equilibrium with the universal slowing effect.