Change Font Size: A A A

Charmed
It's ludicrous to believe there was a Big-Bang, then billions and billions and billions etc. of groups of different type particles ( Muon, Alpha, Down, Electron, Lambda, Yada, Neutrino, Green, Blue, Eta, Red, Gluon, Tau, Pion, Kaon, Proton, Neutron, Sigma, Xi, Omega, Up, Strange, Photon, Charmed, Bottom, Top, Positron, Meson, Baryon, etc.) all magically formed themselves together into exact arrangements to become elements. How do they know how to arrange themselves without any external guidance?
This implies two things...

No.1 morphic field : There is some kind of morphic field guidance system that arranges particles into matter as we know it, exact same structures every time. If this is so, then not only are there all these types of particles, there is also another field (morphic) to describe. The only difference here is the morphic field isn't the effect created by electron movement and charge, it's a field that controls everything, it's the cause. That implies the morphic field has a brain or some other type of intelligence controlling it (perhaps yet another morphic field), that is quite impossible.
No.2 pre-formed matter : All particles and atoms just happened to be already formed. Hydrogen, Iodine, Magnesium, Sulfur, Gold, Oxygen, Nitrogen, Silver, Krypton, Iron... you name it, it was already formed. If that's the case, how did everything get formed? Was there a Morphic field? Were the heavier elements created in the hydrogen fusion of stars? Where did that hydrogen come from? Was there a Morphic Field?

For any action to take place there must be an underlying cause, something where the end result is the action in question, therefore we have to realize there must be something causing the cause, and something else causing the causing (the middle-man cause). This will tend toward infinity with no explanation of an initial cause unless of course there is something that behaves automatically in an exact manner when an outside influence affects it, an Automaton. If there is a vibration on it, it will expand or repel and convey the vibration (if something is vibrating it automatically shakes everything in proximity away).
If there is a lack of vibration or state of rest it will curl up and pull. Now the whole thing is simple, at the quantum level or the actual beginning of particle interactions things have to be this simple, anything else implies and endless string of cause and effects. Thinking there is more than one type of particle in this Universe is ridiculous... if there is more than one type of particle and there isn't an infinite number of particles, then there is an absolute number of different type particles, for instance twenty-nine or thirty-seven.
How are all the different type particles magically finding each other in order to be formed into matter? Do they just happen to be in the right place at the right time billions and billions of times (for even the head of a pin) everywhere in the Universe? Is there a Morphic Field Cousin that moves matter from place to place and knows exactly how much matter to move and where to move it? What's controlling this Morphic Field Cousin, a Morphic Field Uncle? The only questions here are... Why are there particles? What caused the initial vibrations or lack there of ?

Basic Particle Construction:
They're right in front of our face, we're made out of them, ...Everything is made out of them. So, where did the basic flux particles come from and how were they formed? Although their ultimate creation or coming into existence is unexplainable there had to be some form of matter or substance from which everything was initially formed or else we wouldn't be here. And the most efficient type of construct is the string,

...if it's just a coincidence, it's the most amazing coincidence that ever happened.
So... if we have a bunch of strings floating around how do they automatically form into the ten dimensional or twenty radii from center shape? That's easy... if any strings join together at their ends and then more strings are attracted to the joint... it will build into the shape in question. When it reaches a point where there are twenty strings sticking into one center, that's the point where no more strings will fit all the way into the center of the package, it's the cut off point. It's the vertices of the dodecahedron or the faces of the icosahedron ...the flunot... center of axis. The flunot will automatically form then everything else will automatically form from it... it couldn't have happened any other way.

At the quantum level there isn't anything we can actually perceive as color or shape. Color is a specific frequency (a photon) traveling along one or more of the Flux strings. All we are able to see are the vibrations in a direction toward us... not the string or particle itself.
... Analogy: ...we can use a voltmeter or a galvanometer to measure current or voltage through a wire, but there is no chance of the voltmeter or galvanometer seeing (actually looking at) the wire. An human brain, like the galvanometer, is just a measuring device and it is only measuring frequencies that we perceive as color, we can't see the wire (flux strings).
The electron radii are the spines of an umbrella like structure without the fabric (The fabric of space doesn't have fabric). Light or vibration is conveyed to the atom then is added to the existing charge or vibration quantity until the threshold is exceeded and a quantum leap is made by adding other flux as connectors between electrons. This will give an instantaneous change in orbit or shell size.
This process also changes the amount of repel or what we now know is actual "dimension" of individual particles in specific amounts. They can load or vibrate up to full 2-D charge, then upon discharge will be released in discrete packages or amounts and are called photons. Electrons travel through free space at the near the speed of light. The speed of light is a vibration along the Flux particle field.
An Electron force is an actual shape conversion of the particles as it traverses (a pulse like snapping in and out of That's more work, so, it takes slightly longer. A stronger Electron force, for instance lightning, also has the effect of straightening out the zigzag property of the field lattice, thereby totally disrupting the proximity space-time.

Quantum Mechanical:
... A force is something that causes action to take place, and although there can be any number of forces working in unison or opposition. There can also be a series, or one force that is a direct result of another force, "this caused that". But, there is a limit to the number of forces that can be working in series, because there has to be an initial force or an ultimate beginning of any series. This can be quite perplexing, if we are at the ultimate beginning in the force series chain, there must be something causing the initial force, and it can't be another force or else we are not at the beginning and there will never be an initial force or beginning. So the initial force can't be a force at all. It can only be an intrinsic Mechanical vibration. 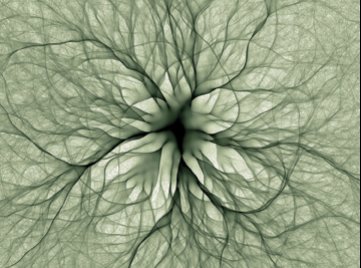 ... At a size or realm smaller than the electron orbital radius itself, light doesn't enter (light is only a vibration) . Only highly charged particles with velocity high enough to disconnect from the continuum can. Any scientific measurements made in this manner are actually accomplished outside of space-time.
Any particle that has charge high enough to disconnect from the field will have a speed completely irrelevant to light or anything else. A particle is actually something, a photon is only a vibration on the particle...
if you hold a piece of rope, you have a rope... if you shake the rope, you have photons... does the shake or vibration have mass? If we use this as an example of an atom and magnify the nuclei (proton) until its size is proportional to the dot above the letter "i" ... the ropes or strings would be like one silk strand of a spiders web (per proton) extending out a few hundred meters to the electron, it (the strand) would have to be fine/thin enough where eighteen or nineteen of them can curl up together into a spherical space the size of the proton, because they (the strands) actually are the proton.
The speed one wave crest vibration travels along the string would be considered the speed of light... any balled up string zipping by has little or no chance (31,415,926,535 to one)* of coming in contact with anything and completely irrelevant speed and existence.